In a recent interview comedian, Jerry Seinfeld suggested he may be on the autism spectrum. This inspired bloggers to weigh in on how his "coming out" (yes, that term doesn't really fit) would affect the future of autistics. This article , ,Jerry Seinfeld’s not helping: Celebrity autism claims distract from reality and research said this

"Being a parent of a child with severe autism in no way diminishes my respect and admiration for Jerry Seinfeld and others striving for autism acceptance. What I am proposing is separating the high-functioning end of the spectrum — perhaps calling it something else — so that we can focus on the urgent and looming issue at hand."

The writer seems to be suggesting that not enough fear and panic have been stirred for what she, with no evidence, calls a disease. Besides how the division of high and low functioning was created is as fictional as the claims of I.Q. tests, standardized test, and the exclusionary line between able and disabled, most of the diagnosed are at the end considered high. There would be no way to cause a panic without those statistics. Therefore, she's helping to create a house of horrors filled with smoke and mirrors.
Then she says,

"It’s only a matter of time before another child is killed, and we won’t even remember their names. We need to call autism what it is: a public health emergency, no less deadly and devastating than Ebola."

She like many others won't accept how society's fear and disgust of disabled people are encouraging those who are supposedly shouldering the burden to dispose of them as one would any other defective raw material.

Then there's this from John Elder Robison on : Jerry Seinfeld and Autism

He says this:  "That brings me to my last point – overcoming or emerging from disability.  Mr. Seinfeld is 60 years old.  He’s found a place for himself in the world.  Did he do it by “figuring out the formula to make people laugh, even though he does not get is himself?”  Maybe.  I don’t know."

This comedian is of course quite talented but his ability to make people laugh is not so complicated. He's made it quite clear that comedy should have no boundaries. He vigorously defends what he calls his right to exploit people, including those with disabilities.

We wouldn't even be discussing him if it were not for his career. It's terribly ableist to suggest we consider what he can do for us in view of what he, throughout his career has done to us (us meaning all people with disabilities).

Robison says "I do know that the “overcoming disability” model is an unhealthy goal or way to portray autistic people.  Emerging from disability is a healthier perspective.  Autism is not a demon to be battled and overcome.  It is a difference that can cripple or render extraordinary.  Most autistics are disabled as children because our sensory apparatus is different, our communication skills are weak, and we have not yet learned coping strategies, or found our gifts."

"We" very rarely find our gifts. Most of us are discarded because of the narrow standards which marginalize and disenfranchise us. The expectation of emergence is every bit as crippling as that of expecting us to over-come. The language sound like that which is used at conferences and symposiums which are nothing more than career-advancing networking opportunities for academics.

The trouble is mainly due to the distraction of pragmatism and the myth of how people with a mountain-top or bird's eye view are best able to understand the problem. The people who are facing these obstacles are considered too uneducated and/or ignorant to contribute to the conversation. Instead, the causes need celebrity appeal and the wisdom that can only come from scholars. The few who have overcome something can teach that which get's labeled the common struggle and raise the status of otherwise ordinary others who are inadequate, ignorant, neurotic, under-preforming, and deficient.

This way the system, the standards, and those who have benefited from them aren't challenged and that which is referred to as competition can continue being called fair. The people making decisions for everyone don't understand why so many are what they call "falling through the cracks." However, such people won't be asked because it's believed that they don't understand history and infrastructure and are simply complaining due to their narrow view, which is burdened by inexperience and a poor attitude. It's believed to be better to write such problems off as nothing more than incurable social ills and keep the political wheels turning with promises of progress.


He says, "When we find comfortable environments, learn to communicate, and find what we can do well we begin to emerge from disability.  When we find places that our autistic differences are respected and we discover they give us advantages, we emerge more. Perhaps Mr. Seinfeld will talk of his own emergence and so provide a constructive model to younger people who follow.  I don’t know what he will do but I say, let’s give him a chance."
I hope no one learns from this that someone who does that is entitled to the respect which they deny others.

What Mr. Seinfeld said in the interview is "I don't see it as a dysfunction. It's just an alternative mindset."

This could be a way of recognizing how all disability is simply a social construct. Based on this man's career and all that he teaches (yes, comedians are teachers) I don't hear that in what he's saying at all. Instead, he'd like for his particular disability and the way it's personally affected him to not be something as ugly as a disability. This way, he can continue cashing in on the jokes about all those he considers "the others."

If the majority of people who need supports are to be helped, the public must understand that it won't occur from those who have already succeeded helping them to follow the traditional path. That path needs to be abolished, and realistic inclusive standards created.
Posted by Ed at 8:15 AM 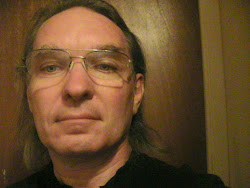